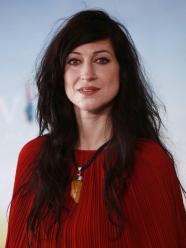 ​Canadian photographer and director Floria Sigismondi started her career as a fashion photographer. She is best known for writing and directing The Runaways. She came to directing music videos when she was approached by the production company The Revolver Film Co., and directed music videos for a number of Canadian bands.

In October 2004 she gave birth to a daughter, Tosca Vera Sigismondi-Berlin. The father is her husband Lillian Berlin, the lead singer of the American alternative rock band Living Things. Sigismondi resides in Toronto, New York City, and Los Angeles. Her daughter is named after the Italian opera Tosca. Floria herself was named after the main character.
2018 - David Bowie: The Last Five Years