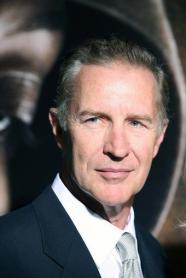 Geoff Pierson (born June 16, 1949) is an American actor known for his role on The WB series Unhappily Ever After as Jack Malloy, the father of a dysfunctional family whose best friend is a stuffed animal rabbit named Mr. Floppy. He is also known for his roles on the soap opera Ryan's Hope, and the series Dexter.
2006 - Sleeping Dogs Lie
2009 - World's Greatest Dad
2011 - J. Edgar
2014 - Revenge of the Green Dragons