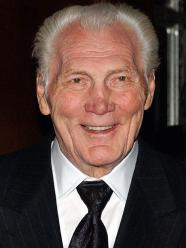 Volodymyr Palahniuk (February 18, 1919 – November 10, 2006), known professionally as Jack Palance, was an American film actor. During half a century of film and television appearances he was nominated for three Academy Awards, all as Best Actor in a Supporting Role, winning in 1991 for his role in City Slickers.

Description above from the Wikipedia article Jack Palance, licensed under CC-BY-SA, full list of contributors on Wikipedia
1989 - Batman (1989)