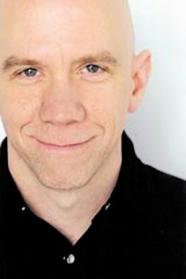 
John Breen is a playwright from Limerick, Ireland. He is famous for his play Alone it Stands which tells the tale of Munster Rugby Team's legendary victory over New Zealand's mighty All Blacks in Thomond Park, Limerick in 1978. In the play six actors play 62 roles including the Munster team, the Kiwis, the two coaches, the ref, the crowd, the press, a pregnant woman, several children and a dog.

His other well known play is Charlie, a work on Charles Haughey, the former Irish Taoiseach, who visits a small farmer in County Mayo on his way from launching what was to become the Céide Fields project. As the two men talk, Haughey's remarkable rise and fall is acting out in flashback around them. He also established Yew Tree Theatre Company in Ballina, Co Mayo.

Description above from the Wikipedia article John Breen , licensed under CC-BY-SA,full list of contributors on Wikipedia.
2011 - Rid of Me