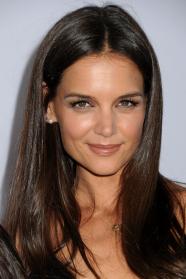 Kate Noelle "Katie" Holmes (born December 18, 1978, height 5' 9" (1,75 m)) is an American actress who first achieved fame for her role as Joey Potter on The WB television teen drama Dawson's Creek from 1998 to 2003. Her movie roles have ranged from art house films such as The Ice Storm to thrillers such as Abandon to blockbusters such as Batman Begins.