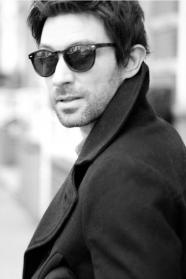 Carruth was born in Myrtle Beach, South Carolina. He attended Stephen F. Austin State University as a math major. Before becoming a filmmaker, he used to be a developer of flight simulation software. Carruth wrote, directed, produced, and performed one of the two main roles, and composed the music for his independent film Primer, which was honored at the 2004 Sundance Film Festival with the Grand Jury Prize and the Alfred P. Sloan Award. Carruth, a former software engineer with an undergraduate degree in math, utilized his technical knowledge on the project. On January 21, 2013, Carruth premiered his film Upstream Color at the 2013 Sundance Film Festival in the U.S. Dramatic Competition category. Carruth, Johnny Marshall, and Pete Horner won the U.S. Dramatic Special Jury Award for Sound Design for the film. Keith Kimbell wrote that it was the "most anticipated (and most difficult to describe) film in competition", and "most critics couldn't stop talking about it". Carruth is set to self-distribute the film with a slated release date of April 5, 2013.
2004 - Primer
2004 - Primer
2013 - Upstream Color