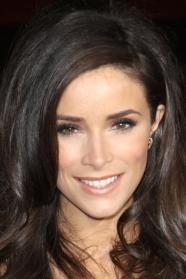 Abigail Leigh Spencer (born August 4, 1981) is an American actress. She is best known for her performances in the films Cowboys & Aliens,The Haunting in Connecticut 2: Ghosts of Georgia, Oz the Great and Powerful and This Is Where I Leave You, and for roles in television seriesAngela's Eyes, Mad Men, Hawthorne and Suits. She currently stars as Amantha Holden in the Sundance Channel drama series Rectify.
2010 - In My Sleep
2011 - Cowboys & Aliens
2012 - This Means War
2014 - This is Where I Leave You
2015 - The Forger