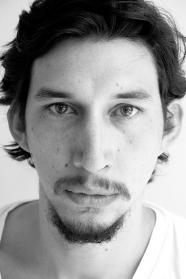 Adam Douglas Driver, best known for his portrayal of Adam Sackler on the HBO series, Girls, is an Academy Award-nominated American television, cinema and stage actor.

Driver was born in San Diego, California before moving to Mishawaka, Indiana at the age of seven.  The son of a Baptist Minister, Driver performed regularly with both his church and school choirs.  After graduating high school in 2001, Driver enlisted in the United States Marine Corp, serving four years before accepting an honorable discharge due to injury.  Following his service, Driver attended the University of Indianapolis, before applying to, and being accepted by, Juilliard School’s drama department.   After graduating with a degree in drama studies in 2009, Driver moved to New York City to pursue acting.  There he found success both on and off-Broadway, appearing in numerous plays before landing progressively significant roles in both television and film.

Driver currently works on the HBO dramedy ‘Girls’ as the complicated and oft-misundertood Adam Sackler, opposite creator Lena Dunham.   In 2014, Driver was confirmed to cast a yet unnamed villain in 2015’s Star Wars: Episode VII.  He remains an active supporter of military service, creating and running Arts in the Armed Forces with his wife, Joanne Tucker.
2014 - Tracks
2014 - This is Where I Leave You
2015 - While We're Young
2015 - Star Wars: Episode VII - The Force Awakens
2016 - Midnight Special
2016 - Silence
2017 - Star Wars: The Last Jedi