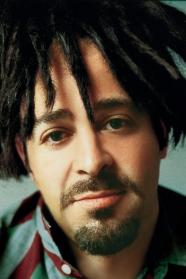 Adam Duritz is an American musician, songwriter, record producer, and film producer. He is best known for his role as frontman and vocalist for the rock band Counting Crows, of which he is a founding member and principal composer. Duritz has recorded solo material of his own and has collaborated with other musical acts. He has branched out as the owner of at least two record labels, acting as his own artists and repertoire (A&R) man. His work scoring music for film has been recognized by the music industry, notably with an award for co-writing the song "Accidentally in Love" for the movie Shrek 2 from BMI.

Description above from the Wikipedia article Adam Duritz, licensed under CC-BY-SA, full list of contributors on Wikipedia.
2007 - Farce Of The Penguins