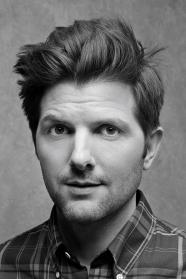 Adam Scott (born April 3, 1973) is an American actor, producer and director. He is best known for his roles as Henry Pollard in the Starz comedy series Party Down, Palek in the HBO drama Tell Me You Love Me and Derek Huff in the 2008 film Step Brothers. He currently appears on the NBC comedy Parks and Recreation as state auditor Ben Wyatt.