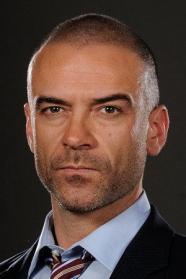 Alan van Sprang (born June 19, 1971) is Canadian actor best known for playing Sir Francis Bryan in the series The Tudors and for appearing in the "...Dead" films of George A. Romero. He has many other television and film credits.

Description above from the Wikipedia article Alan van Sprang, licensed under CC-BY-SA, full list of contributors on Wikipedia.
2010 - George A. Romero's Survival of the Dead
2011 - Immortals