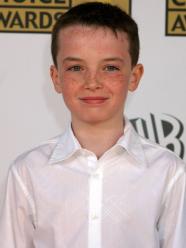 Etel was born in Manchester. His film debut was the starring role of Damian Cunningham in 2004's Millions, a family film directed by Danny Boyle. He played the lead in his second film, Jay Russell's The Water Horse: Legend of the Deep. The film, based on a Dick King Smith story about a boy who adopts a monster sea creature, opened in North America on Christmas Day, 2007 and in other countries in early 2008. The film is set in Scotland during World War II, although all the scenes involving the creature itself were shot in New Zealand.

Etel also played the bright-eyed ragamuffin Harry Gregson in the six-part TV adaptation of Elizabeth Gaskell's "Cranford" for the BBC and WGBH, which was transmitted on BBC 1 in the autumn of 2007 and co-starred Philip Glenister, Judi Dench, Eileen Atkins, Francesca Annis and Imelda Staunton. He reprised his role in the two-part second series entitled Return to Cranford.

He is currently scheduled to appear in two projects: From Time to Time, an adaptation of The Chimneys of Green Knowe directed by Julian Fellowes, and Easter Sixteen set in Dublin during the Easter Rising of 1916.

Description above from the Wikipedia article Alex Etel, licensed under CC-BY-SA, full list of contributors on Wikipedia.
2005 - Millions
2007 - The Water Horse: Legend of the Deep