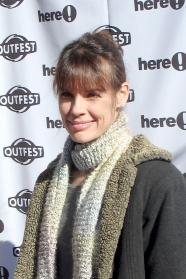 Alexandra Elizabeth Paul (born July 29, 1963) is an American actress. She is best known for her role as Lt. Stephanie Holden in the television series Baywatch from 1992–97. She has starred in over 60 movies and television programs.

Description above from the Wikipedia article Alexandra Paul, licensed under CC-BY-SA, full list of contributors on Wikipedia.
2008 - Tru Loved