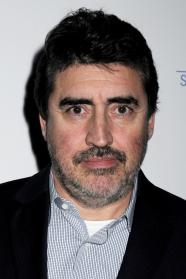 Alfred Molina (born 24 May 1953) is a British-American actor. He first came to public attention in the UK for his supporting role in the 1987 film Prick Up Your Ears. He is well known for his roles in Raiders of the Lost Ark, The Man Who Knew Too Little, Spider-Man 2, Maverick, Species, Not Without My Daughter, Chocolat, Frida, Steamboy, The Hoax, Prince of Persia: The Sands of Time, The Da Vinci Code, Little Traitor, An Education and The Sorcerer's Apprentice. He is currently starring as Detective Ricardo Morales on the NBC police/courtroom drama Law & Order: LA.