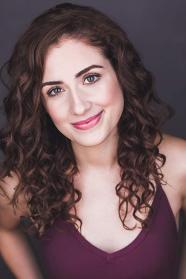 Allison Trujillo Strong is an American pop singer, songwriter and actress of stage, television and film. She first gained notice for her Broadway work in the musicals Bye Bye Birdie and Mamma Mia!, has done voice-over work on the Nickelodeon's animated children's television program Dora and Friends, and appeared in other television series such as The Blacklist and The Marvelous Mrs. Maisel. She gained wider exposure with her first feature film, playing Adam Sandler's daughter Sarah in The Week Of (2018).
2018 - The Week Of