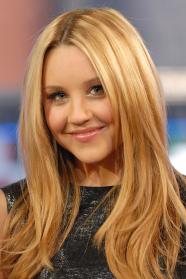 Amanda Laura Bynes (born April 3, 1986) is an American actress, fashion designer and singer. Bynes appeared in several successful television series, such as All That and The Amanda Show, on Nickelodeon in the mid to late 1990s and early 2000s, and in 2002, she starred in the TV series, What I Like About You. She transitioned to a film career, starring in several films aimed at teenage audiences, including What a Girl Wants (2003), Love Wrecked (2005), She's the Man (2006), Hairspray (2007), and Easy A (2010).