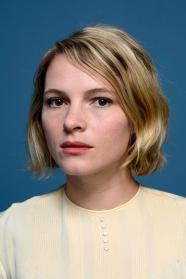 Amy Seimetz is widely regarded as one of the most ubiquitous presences in independent cinema. Seimetz first came to prominence producing and directing shorts and independent films. Most notably associate producing Barry Jenkins' Medicine for Melancholy, which was nominated for Gotham and Independent Spirit Awards, after playing at South By Southwest and the Toronto International Film Festival. She became notable as an actress after her performance in Joe Swanberg's Alexander The Last, a Noah Baumbach produced film which premiered at SXSW. This was the first of three films she worked on under the direction of Mumblecore king Joe Swanberg, including Silver Bullets (Berlin, SXSW) and Autoerotic. She continued her streak of solid indie performances in Lawrence Levine's Gabi on the Roof in July, Lena Dunham's Tiny Furniture (SXSW), Kentucker Audley's Open Five, and David Robert Mitchell's Myth of the American Sleepover (Cannes).