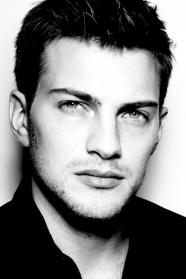 Andreas Axel Janota Wilson (born 7 March 1981, Stockholm, Sweden) is a Swedish actor who played the leading role in the Oscar-nominated (for best foreign movie) Evil. He has also starred in Kill Your Darlings, Babas bilar and Den utvalde. He was named as one of European films' "Shooting Stars" by the European Film Promotion in 2004. He has been modeling for the clothing store Abercrombie & Fitch.

Description above from the Wikipedia article Andreas Wilson, licensed under CC-BY-SA, full list of contributors on Wikipedia.
2006 - Ondskan (aka: Evil)