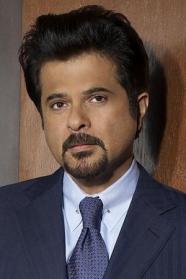 Anil Kapoor ( born 24 December 1959) is an Indian actor and producer who mainly appears in Bollywood films. He won a Filmfare Best Supporting Actor Award for his role in Yash Chopra's film Mashaal (1984).

Kapoor's first role in an international film was in Danny Boyle's 2008 Academy Award-winning film Slumdog Millionaire, for which he shared the Screen Actors Guild Award for Outstanding Performance by a Cast in a Motion Picture. His performance in the eighth season of the action series 24 generated rave reviews from the American press. Globally, Anil Kapoor is one of the most recognised Indian actors.