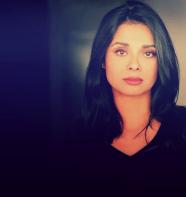 Anjali Jay is an English actress of Indian descent, mostly known for her roles in Robin Hood and Blind Dating. She was raised in Bangalore, India. Currently lives in New York and has never gone on a blind date, even though she starred in Blind Dating. Played Juliet in a UK tour of 'Romeo and Juliet' by William Shakespeare. [January-April 2006]
2007 - Blind Dating
2016 - The 9th Life of Louis Drax