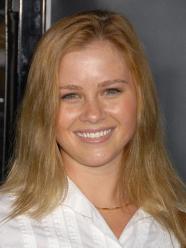 Judson-Yager is known for her roles in Bring It On Again, the sequel to the film Bring It On and Believe In Me. She was also seen in NCIS in episode 37.

Description above from the Wikipedia article Anne Judson-Yager, licensed under CC-BY-SA, full list of contributors on Wikipedia.
2007 - Believe In Me