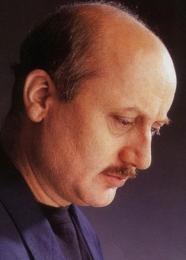 Anupam Kher (born 7 March 1955) is an acclaimed Padma Shri Award-winning Indian actor who has appeared in nearly 400 films and 100 plays. Though mainly appearing in Bollywood films, he has had roles in some films from other nations as well. He has held the post of Chairman of the Censor Board and National School of Drama in India.