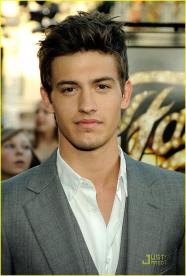 ​Although Asher Monroe Book may be new to the Hollywood scene, he has already made a name for himself as a talented actor, singer and accomplished guitarist. Asher got his start in acting back in 2000 when he played the character "Prince Edward Tudor" live, on-stage in Marc Elliott, Judd Woldin, and Ivan Menchell's musical adaptation of Mark Twain's "The Prince and the Pauper" in Seattle, Washington and St. Paul, Minnesota.
Due to his unbelieveable singing and musical abilities, Asher was inspired to become an actor at the age of 11 stating that it was his "love for the music which caused him to branch out and expand his abilities to entertain others". His first big break came to him in 2004 when he was signed on to play Gary Cole's son, Liam, in the ABC Family Original Movie "Pop Rocks".
In "Pop Rocks", Asher was able to show the world how talented he was by not only giving an outstanding job playing the character Liam, but by also performing and recording the song "I Want To Be Your Man" for the movie and its soundtrack.
2009 - Fame