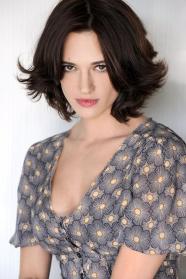 Asia Argento (height 5' 6" (1,68 m)) was born into a family of actors and movie-makers, and she is one of the most sought-after actresses of the moment. She made her debut when she was only nine years old in Sergio Citti's "Sogni e bisogni" (1985). In 1988, she had the leading role in Cristina Comencini's first film Zoo (1989) and was part of the cast of The Church (1989), directed by Michele Soavi.

The following year, she played Nanni Moretti's daughter in Red Lob (1989) (also directed by Nanni Moretti). It was with Close Friends (1992), written and directed by Michele Placido that Asia's career really took off and she was able to move on from playing very young girls to more mature, complex roles. The movie was well-received at the Cannes International Film Festival. In Trauma (1993), she worked for the first time with her father, famed Italian horror director Dario Argento, playing an anorexic girl in search of her parents' killer. The Phantom of the Opera) is the third film Asia has made with her father; in 1992, she made Trauma (1993) (filmed in the US) and The Stendal Syndrome in 1996. Her mother is actress Daria Nicolodi'. Asia's absorbed, intense style of acting was well-used in Giuseppe Piccioni's Condannato a nozze (1993). In 1993, she co-starred in Carlo Verdone's Perdiamoci di vista! (1994) in which she played Arianna, a physically disabled girl--an intricate, difficult role that won her the David di Donatello for best actress (1993-1994).

She also had a featured role in the international cast of Queen Margot (1994), directed by Patrice Chéreau. In 1995, she worked with Michel Piccoli in Peter Del Monte's Traveling Companion (1996), which again won her a David di Donatello and a Grolla d'oro. In 1994, Asia turned her hand to directing two short films: "Prospettive" (an episode of the film DeGenerazione (1994)) and "A ritroso." In 1996, she directed a documentary on her father and, in 1998, one on Abel Ferrara, "Abel/Asia," which won an award at the Rome Film Festival.

In 1999, Asia made her feature-directing debut with a feature film titled Scarlet Diva (2000), for which she was the leading actress and author of the screenplay. Scarlet Diva (2000) was released in May 2000 in Italy and the rest of the world. The movie won an award at the Williamsburg Film Festival in Brooklyn, New York, USA. In 2001, after directing a number of music videos, she gave birth to her first daughter, Anna Lou. In 2002, she starred in La sirène rouge (2002) by Olivier Megaton with Jean-Marc Barr and the action thriller xXx (2002), directed by Rob Cohen, with Vin Diesel. Asia Argento is also the author of a number of short stories published in many prestigious magazines such as "Dynamo," "L'Espresso," "Sette," and "Village," Her first novel, "I Love You, Kirk," was published in Italy by Frassinelli Editrice in October 1999 and in France by Florent Massot in 2001.