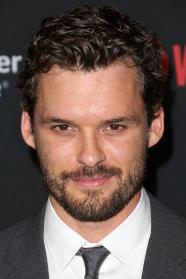 Austin Nichols (born April 24, 1980) is an American film, television actor and director who is perhaps best known for his role as Julian Baker in The CW drama series One Tree Hill. He is also known for his roles in films such as The Day After Tomorrow and Wimbledon. He starred in the HBO series John from Cincinnati.
2004 - Wimbledon
2006 - Glory Road
2009 - The Informers
2012 - LOL