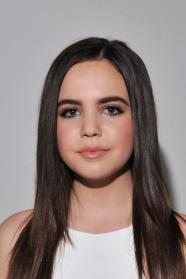 Bailee Madison (born October 15, 1999) is an American actress. She is most famous for her role in the 2007 film adaption of Katherine Paterson's Newbery Medal-winning novel Bridge to Terabithia in which she plays May Belle Aarons, the younger sister of Jesse Aarons. She films a webshow with her baby-sitter and fellow actress, Samantha Droke. Her elder sister, Kaitlin Riley, is also an actress.
2009 - Brothers (2009)
2011 - Just Go With It
2011 - Don't Be Afraid of the Dark
2018 - Strangers: Prey at Night