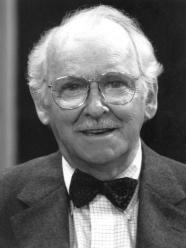 Bernard Aloysius Kiernan “Barnard” Hughes (July 16, 1915 – July 11, 2006) was an American actor of theater and film. Hughes became famous for a variety of roles; his most notable roles came after middle age, and he was often cast as a dithering authority figure or grandfatherly elder.

Description above from the Wikipedia article Barnard Hughes, licensed under CC-BY-SA, full list of contributors on Wikipedia.
1987 - The Lost Boys