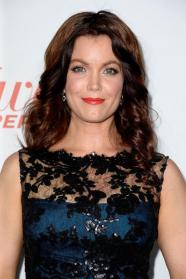 Young has also starred in several Broadway shows including The Life and Randy Newman's Faust. In addition to television and Broadway, she also has appeared in movies, with roles in We Were Soldiers and Mission: Impossible III. Young appeared in ABC's Dirty Sexy Money as Ellen Darling, the eldest daughter-in-law of the Darling family.
2010 - The Freebie
2018 - A Wrinkle in Time