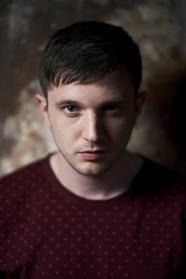 Born Ben Paul Balance Drew, Drew was born into a world where he was bought up by music and film, inspiring his art now. Growing up in the Circle Estate, Forest Gate, he meet Ed Skerin at a youth club who introduced him into rap. He has since released three studio albums, various mix-tapes, acted in several films, and recently directed his debut film, ill manors. Despite all this, Drew says more than anything, he is a story teller.
2013 - The Sweeney