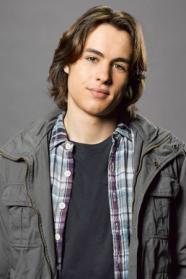 Ben Schnetzer is an American actor. He is the son of actors Stephen Schnetzerand Nancy Snyder. Schnetzer was born and raised in New York City. He is a graduate of the Guildhall School of Music and Drama in London. In 2010, Schnetzer appeared in an episode of Law & Order and co-starred on the series Happy Town. He played Max Vandenburg in the film adaptation of The Book Thief (2013).
2016 - Goat
2018 - 7 Days in Entebbe