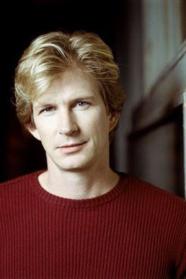 Brochtrup was born in Inglewood, California and raised in Tacoma, Washington, attending New York University's Tisch School of the Arts.

He can be seen in the feature films Life as We Know It, He's Just Not That Into You, Duck, Ravenous, Man of the Year, and Space Marines. He has appeared on television shows as varied as Dexter, Without a Trace, The Wild Thornberrys (as the voice of a dolphin), and Bravo's Celebrity Poker Showdown.

Brochtrup is a frequent guest host of the PBS newsmagazine In The Life, and has been a series regular on three Steven Bochco shows, CBS sitcom Public Morals, ABC drama Total Security, and seven seasons on NYPD Blue.

He has written for Out magazine and the best-selling book of essays I Love You, Mom!, told his original stories at Un-Cabaret and numerous Spoken Word events, hosted AIDS Walks across the country, supports animal rescue organizations like the SPCA and has traveled the Persian Gulf, Atlantic, Mediterranean, Germany, Japan, Bosnia and Kosovo meeting servicemen and women during Handshake Tours for the USO and Armed Forces Entertainment.

Description above from the Wikipedia article Bill Brochtrup, licensed under CC-BY-SA, full list of contributors on Wikipedia.
- Duck