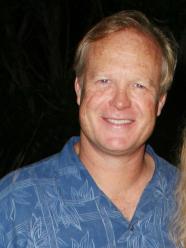 William Mark "Bill" Fagerbakke (born October 4, 1957) is an American actor and voice actor. He is well-known for his long-running-role as Patrick Star in the animated series SpongeBob SquarePants.

Description above from the Wikipedia article Bill Fagerbakke, licensed under CC-BY-SA, full list of contributors on Wikipedia .
2004 - The SpongeBob SquarePants Movie
2015 - The SpongeBob Movie: Sponge Out of Water