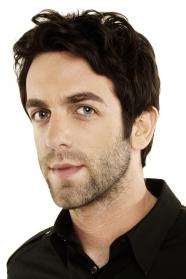 Benjamin Joseph Manaly “B. J.” Novak (born July 31, 1979) is an American actor, stand-up comedian, screenwriter, and director. He is best known for being a writer and co-executive producer for and playing the role of Ryan Howard on the US version of The Office. He is also known to international audiences for appearing in the Quentin Tarantino film Inglourious Basterds.

Description above from the Wikipedia article B. J. Novak, licensed under CC-BY-SA, full list of contributors on Wikipedia.
blog comments powered by Disqus