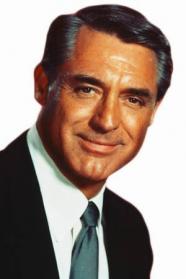 Archibald Alexander Leach (January 18, 1904 – November 29, 1986), better known by his stage name Cary Grant, was an English actor. With his distinctive yet not quite placeable Mid-Atlantic accent, he was noted as perhaps the foremost exemplar of the debonair leading man: handsome, virile, charismatic, and charming.

Description above from the Wikipedia article Cary Grant, licensed under CC-BY-SA, full list of contributors on Wikipedia.
1947 - The Bishop's Wife
1955 - To Catch A Thief
1959 - North By Northwest