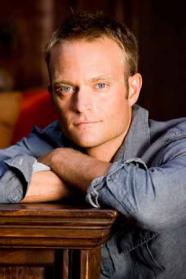 Chad Allen (born June 5, 1974) is an American actor. Performing since he was a child, Allen is perhaps best known for his role as Matthew Cooper on the television series Dr. Quinn: Medicine Woman from 1993 to 1998.

Description above from the Wikipedia article Chad Allen (actor), licensed under CC-BY-SA, full list of contributors on Wikipedia.
2006 - Shock To The System
2009 - Battle for Terra