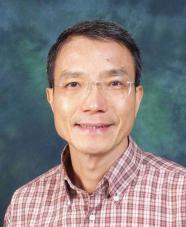 Godfrey Ho is considered a master of B-movie Hong Kong actioners. However, a number of his movies are Z-grade movies made with a "cut-and-paste" technique. He would shoot footage for one movie, often using Caucasian actors for exportation, then edit the scenes into several other movies, mixing them with footage from old, unfinished or unreleased Asian movies (using Thai as well as Chinese or Filipino footage), then trying to make the story somewhat coherent through dubbing and voice-overs. He would then have four or five movies while having spent the budget of one. Ho states this style of filmmaking was enforced on him by producer Joseph Lai.

He effectively retired from direction after 25 years making genre films in Hong Kong, Taiwan, and the Phillipines, he was most recently teaching filmmaking at Hong Kong Film Academy.
2016 - Microbe & Gasoline