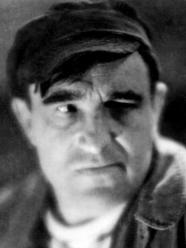 From Wikipedia, the free encyclopedia. Charles-Marie Vanel, known as Charles Vanel (21 August 1892 in Rennes, France - 15 April 1989, in Cannes, France) was a French director and actor. He made his screen debut in 1912, in Robert Péguy's Jim Crow. His 77 year career comprised appearances in more than 200 films.

Description above from the Wikipedia article Charles Vanel, licensed under CC-BY-SA,full list of contributors on Wikipedia.
1955 - To Catch A Thief