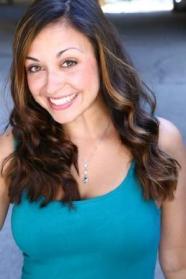 Dynamite comes in small packages for this mega talented actress and singer from Nutley, New Jersey. The striking Brazilian and Italian Cheryl Alessio had the face of an angel when born to her beautiful Brazilian mother, Tania, on February 6, 1991. Her quirky, eccentric personality and scrumptious looks have captivated her to pursue an active acting, singing, and modeling career in the heart of New York City. After performing in various stage productions, Cheryl went on to capture the entertainment industry by force! Her and acting buddies, Anthony Del Negro and Gianna Palma are determined to be Hollywood's next teen A-listers. This fierce individual is bold as a bull dog and sly like a fox! - IMDb Mini Biography
2010 - It's Kind of a Funny Story