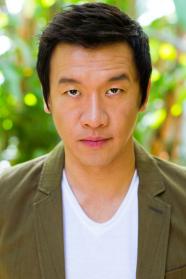 Named one of Asia's 25 greatest actors of all time by CNNGo (a division
of CNN) alongside stars like Hong Kong's Tony Leung Chiu Wai, India's
Amitabh Bachchan and Japan's Toshiro Mifune, Chin Han's 20 year career
in Asia has spanned theater, television and film.

Beginning as a
teen actor in stage classics like Moliere's L'Ecole des femmes and
Shakespeare's Twelfth Night, he went on to star in Singapore's first
English language television series Masters of the Sea produced by
ex-Lorimar exec Joanne Brough (Dallas, Falcon Crest). A spin-off series
Troubled Waters was to follow, which he also starred in.

In 1998 Chin Han made his US film debut
in Blindness an Official Selection at the 2nd Hollywood Film Festival
in a leading role opposite Vivian Wu (Peter Greenaway's The Pillow
Book).

Soon after, he starred in the Singapore mini-series 'Alter Asians' which won the 2001 Asian Television Award for Best TV Movie of the Year.

As
a director, he has helmed acclaimed Asian Premieres of plays like David
Hare's The Blue Room and co-produced the official Musical adaptation of
Ang Lee's The Wedding Banquet.

Returning
to the big screen, his strong supporting performance in Thom
Fitzgerald's (The Hanging Garden) 3 Needles with Lucy Liu, Sandra Oh,
and Chloe Sevigny led one movie reviewer to note that for his 'small but
important role, (Chin Han) delivers in spades' (I-S Magazine).

In
2008, Chin Han took on the pivotal role of Lau in the summer
blockbuster movie The Dark Knight and was described by director
Christopher Nolan as having 'a great presence... it was exactly what the
character required' (South China Morning Post).

He resides in Los Angeles.