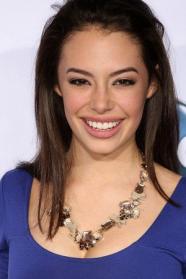 Chloe Bridges is an American actress. She is best known for her roles as Donna LaDonna in The Carrie Diaries, Zoey Moreno in the sitcom Freddie and Dana Turner in the Disney Channel original film Camp Rock 2: The Final Jam. She has also starred in the films Forget Me Not, Family Weekend, Mantervention, The Final Girls, and Nightlight.
2018 - Game Over, Man!