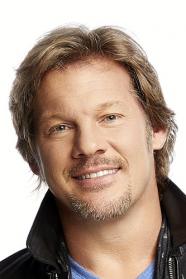 Christopher Keith Irvine (born November 9, 1970), better known by the ring name Chris Jericho, is an American-born Canadian professional wrestler and musician. He is best known for his one tenure in World Championship Wrestling (WCW) as well as a short-lived tenure in Extreme Championship Wrestling (ECW). His professional wrestling gimmick and on-stage music persona are both that of an over-the-top rock star. As a musician, he is currently the lead singer of rock band Fozzy.

Description above from the Wikipedia article Chris Jericho, licensed under CC-BY-SA, full list of contributors on Wikipedia.
2007 - Shoot 'Em Up