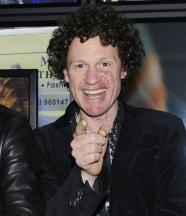 Christopher Morris (born 15 June 1962) is an English satirist, writer, director and actor. A former radio DJ, he is best known for anchoring the spoof news and current affairs television programmes The Day Today and Brass Eye, as well as his frequent engagement with controversial subject matter.

In 2010 Morris directed his first feature-length film Four Lions about a group of inept British terrorists. Reception of the film was largely positive and received a respectable box office. Outside his central work, Morris tends to stay out of the public eye and has become one of the more enigmatic figures in British comedy.

Description above from the Wikipedia article Chris Morris (satirist), licensed under CC-BY-SA, full list of contributors on Wikipedia. ​
2005 - Kids In America