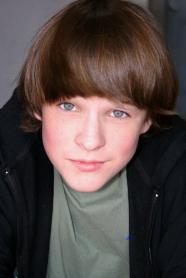 Chris O'Neil  (born November 8, 1994) is an American actor, primarily known for the 2007 science fiction drama, The Last Mimzy.
O'Neil was born in Boulder, Colorado and attended Dennison Elementary. He attended D'Evelyn Junior/Senior High School as a seventh grader. He attended Denver Academy. His family hired an acting coach for him after he did well in school oral interpretation classes. O'Neil subsequently won five silver and one bronze medals at amateur acting competitions during the summer of 2005 and was taken on by Cutler Management, who sent him to study acting. Shortly after that, he was cast in The Last Mimzy, which was his second acting audition.
O'Neil lives with his family in the foothills outside of Denver, Colorado, near the Rocky Flats Plant. His favorite video game is Halo Reach.
He is now currently attending St. John's Military School in Salina, Kansas. He is a member of the prestigious Alpha Company. He will be graduating with the 125th Corps of Cadets. He has made a good start in achieving the rank of corporal and joining a distinct and prowd brotherhood known as AMS. His current sports include Drill Team, Cross Country, Football, and Raider Challenge.

Description above from the Wikipedia article Chris O'Neil, licensed under CC-BY-SA, full list of contributors on Wikipedia​
2007 - The Last Mimzy