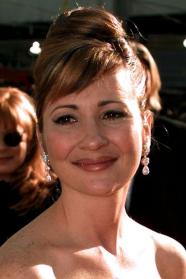 From Wikipedia, the free encyclopedia. Christine Cavanaugh (born August 16, 1963) is an American former voice actress who had a distinctive speaking style and had provided the voice for a large range of cartoon characters. She is best known as the voice of Babe in the hit film, Babe, Chuckie Finster on Rugrats and for being the original voice of Dexter on Dexter's Laboratory. In 2001, she retired from voice acting for personal reasons.

Description above from the Wikipedia article Christine Cavanaugh, licensed under CC-BY-SA,full list of contributors on Wikipedia.
1995 - Babe
2003 - Rugrats Go Wild