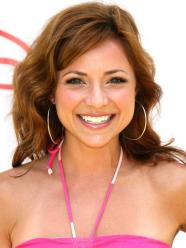 Christine Helen Lakin  (born January 25, 1979) is an American actress. She is best known for her role as Alicia "Al" Lambert on the 1990s ABC/CBS situation comedy Step by Step and as Joan of Arc in Showtime's Reefer Madness. She was the sidekick on Craig Kilborn's short-lived 2010 Fox talk show, The Kilborn File.