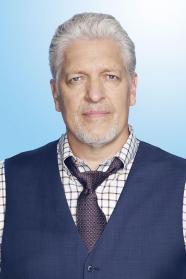 Brown was born in Urbana, Ohio in 1959 and had an older sister Beth (1958–1965). Their mother Joyce (née Eldridge) was a conductor, composer, and concert pianist. Their father Clarence J. "Bud" Brown, Jr. helped manage the Brown Publishing Company, the family-owned newspaper business started by Clancy's grandfather, Congressman Clarence J. Brown. From 1965 to 1983 Bud Brown also served as a US Congressman, and later as chairman of the board of Brown Publishing. The family operated the business until 2010.Brown graduated from St. Albans School in Washington, D.C., as his family lived there much of the time when his father served in Congress. He earned a scholarship to Northwestern University, where he became a member of the Sigma Chi Fraternity.

Brown is often cast in roles of villains or authority figures. His career has tended to alternate among mainstream TV/cable; major-studio and independent-studio movies; and a large repertoire of voice work for animated and video game roles.