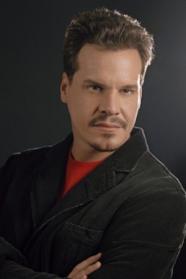 Craig Eric Sheffer (born April 23, 1960) is an American film and television actor. He is known for the role of Keith Scott on the television series One Tree Hill.

Description above from the Wikipedia article Craig Sheffer, licensed under CC-BY-SA, full list of contributors on Wikipedia​
1990 - Nightbreed
1997 - Bliss
1997 - Head Above Water
2008 - While She Was Out