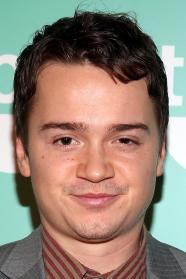 ​From Wikipedia, the free encyclopedia.   Daniel "Dan" Byrd (born November 20, 1985) is an American actor. His most prominent roles include the 2006 remake of The Hills Have Eyes, the CW original comedy series Aliens in America, A Cinderella Story alongside Hillary Duff, ABC's Cougar Town, and the 2010 movie Easy A. Description above from the Wikipedia article Dan Byrd, licensed under CC-BY-SA, full list of contributors on Wikipedia.
2006 - The Hills Have Eyes
2011 - Norman
2015 - Sisters