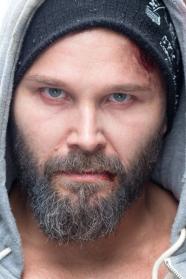 Daniel Stisen, Norwegian bodybuilder champion born in Mandal, south of Norway. He moved to Oslo to train at Harald' Gym after he won his second title.

Daniel won his first national title at age 20, when he become Norwegian junior and senior bodybuilding champion. Daniel won more titles the next 10 years, before moved to London to learn and train stunt/SPAC at the British Action Academy. The year after he went to Los Angles to study acting at the famous Ivana Chubbuck Studio in Hollywood.

Daniel lives and work in the Anglo-American studio film industry as actor/SPAC from his resident in London. He write and produce his own independent film-projects.