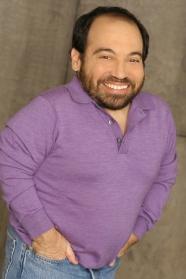 Danny Woodburn is an entertainer on stage, film, television, and the comedy club circuit.

Born and raised in the Philadelphia area, he is the son of a nurse and a professional golfer. He is a graduate of Philadelphia's Temple University's School of Film and Theater and recipient of their Outstanding Alumni Achievement Award of 2001.

Danny achieved prominence on NBC's sitcom Seinfeld (1989), performing the role of Mickey Abbott, the volatile but lovable friend of Kramer. Since his first appearance on the show in 1994 he has gained speed as an actor and garnered respect from industry professionals. His character on Seinfeld was an important role for him, in the sense that the writing and portrayal of Mickey is positive and non-stereotypical.

Danny has raised awareness of the continued derogatory and dehumanizing treatment of Little People in society and the media. He serves on the Performers With Disabilities Committee of the Screen Actors Guild. He is an advocate for disabled and Little People issues, having spoken at fundraisers such as Little People's Research Fund and Cincinnati's Inclusion Network.